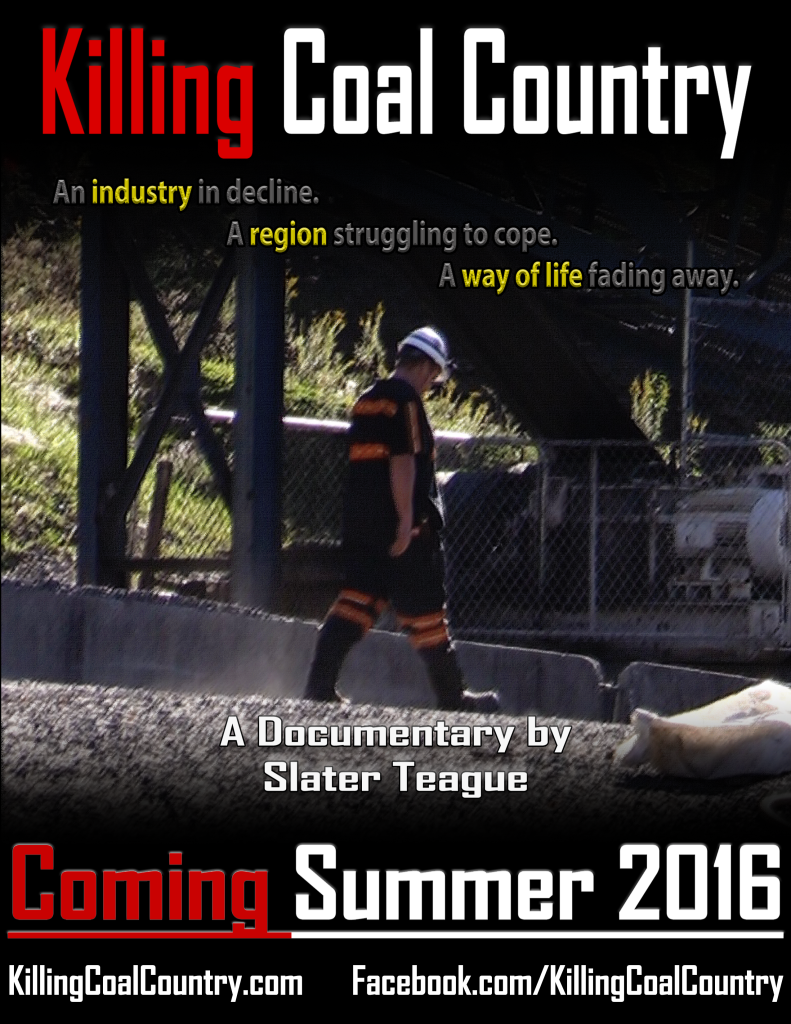 KINGSPORT, Tenn.— A Tennessee college student is filming a documentary about the recent decline of the coal industry in Appalachia.

Slater Teague, a senior at East Tennessee State University, located in Johnson City, Tenn., has been traveling throughout Eastern Kentucky and Southwest Virginia documenting how coalfield communities are being affected by the collapse of the coal industry.

The film, titled “Killing Coal Country”, started out as project for one of Teague’s classes. But after witnessing the extensive impact on the region, he decided to make it something more, turning the school project into an independent film.

“This is a story that needs to be told,” Teague said. “It deserves to be more than just another school project. I have become very passionate about this issue.”

It is estimated over 50,000 coal mining and industry-related jobs have been lost in West Virginia, Eastern Kentucky, and Southwest Virginia in recent years. Jobs that paid $70,000-plus annually. Communities are struggling with high unemployment, multi-million dollar budget shortfalls, declining populations, and more.

Teague says he got the idea for this project after seeing news reports and hearing his professor talk about the massive layoffs.

“One of my professors works for a large coal company that is now bankrupt,” Teague said. “He often mentioned the layoffs and mine closures in class. The decline has even impacted us here in East Tennessee. CSX recently closed a local rail facility, affecting several hundred jobs, because there are fewer coal trains. The impacts are being felt across the nation, but especially in coal country.”

The college student says continuing the project will be anything but easy. He is working mostly alone and is using his own film equipment.

“I knew this would be an ambitious project from the start and it has been incredibly challenging,” he said. “It has pushed me to my limits and my family and I have had to make sacrifices. But I am willing to do whatever it takes to tell this story.”

Teague says he may be working alone, but that does not mean he is without help or support.

“I am amazed at the amount of support I have received,” Teague said. “Total strangers have offered to help me any way they can. Coal miners from as far away as the United Kingdom and Australia have voiced their support. People are already asking me for DVDs.”

Teague, who has been filming since October 2015, plans on releasing the documentary in August. He is pursuing several distribution options, including public screenings and making DVDs available. He also plans on entering the film in several regional film festivals.

“Killing Coal Country” will be available online for all to view, free of charge.